ETHIOPIA AT A GLANCE

Interesting facts about a growing country

Ethiopia is often referred to as the cradle of humanity as it is the oldest state in Africa. The democratic federal republic with its 12 federal states is 13 times as large as Austria and home to over 100 million inhabitants. It has the second-largest population density of the 54 African countries. And this population is extremely diverse: 98 ethnic groups and 93 languages are represented in the country. Ethiopia is also remarkable geographically: Apart from Lesotho, it is the highest country on the continent and is therefore also called the "Roof of Africa". About half of its area lies at an elevation of over 1,200 metres. 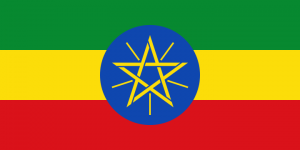 "Ethiopia has the highest economic growth in sub-Saharan Africa."

Most Ethiopians live from agriculture as subsistence farmers or pastoralists. Regular droughts and lack of rainfall pose a threat to food security, and climate change is also having a severe impact on agriculture. Ethiopia ranks at the bottom of the Human Development Index. A quarter of the population lives in extreme poverty. At the same time, the country has the highest economic growth (2004 to 2016) in Sub-Saharan Africa1. 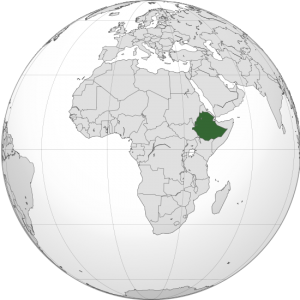 The North Ethiopian Empire of Aksum, one of the first Christian kingdoms in the world, already existed in late antiquity.

During colonial times, Ethiopia successfully resisted the influence of major European powers, first repelling the British "Ethiopia Expedition" of 1868 and later, under Emperor Menelik II in the Battle of Adwa in 1896, the technically far superior Italian invaders. The Italians occupied the country again from 1936 to 1941, but were never able to fully control Ethiopia. The last emperor, Haile Selassie, enacted the country's first constitution and ruled from 1930 until he was overthrown in 1974, ending the almost 3,000-year monarchy in Ethiopia. The fall of Selassie was caused by severe economic crises in the 1970s and the resulting loss of confidence in the ruling class, which continued to cultivate a luxurious lifestyle. The complete impoverishment of farmers due to high taxes on large landowners, inflation due to the 1973 drought catastrophe, and the oil crisis triggered mass protests and strikes.

The Empire was followed by the Derg, a socialist military dictatorship, and a period of civil wars and violent clashes. In the 1980s, Ethiopia was again hit by a devastating drought and famine. The disaster claimed between half a million and a million lives. It was not until 1991 that the Derg regime collapsed and a democratic federal state was founded, which still exists to this day. In 1993 internal conflicts ended in the secession of Eritrea. There were still tensions between the two countries, which broke out again in a war in 1998. In 2018, Eritrea and Ethiopia signed a peace treaty and resumed diplomatic contact for the first time in a long while. 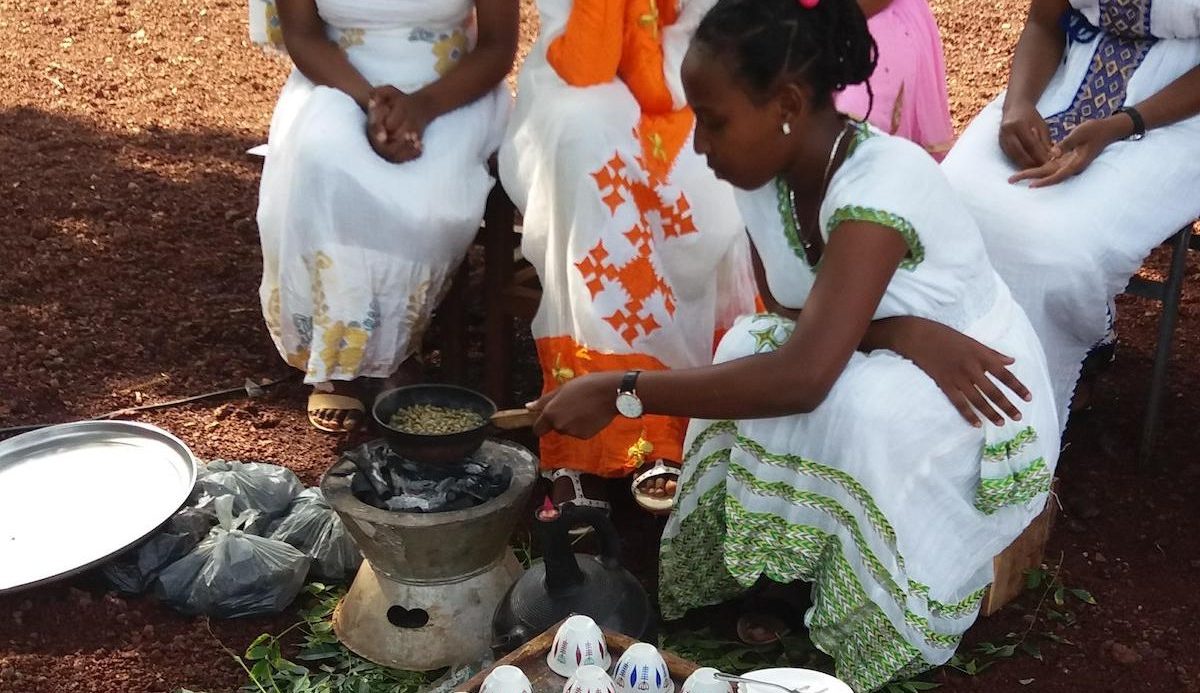 In 2015, the Ethiopian government presented its development plan (GTP 2, Second Growth and Transformation Plan) for the years 2016-2020. Its goal is to achieve annual growth of eleven per cent, improve people's living conditions and further reduce poverty.

The expansion of the health system has halved the child mortality rate since 2000. Women now have increased access to contraceptives and are more often in medical care during pregnancy. Infectious diseases such as malaria and HIV/AIDS have also been reduced.

Access to education has also improved significantly, due to high investments of up to 30 per cent of the national budget in this area. Targeted support for girls and young women is having an impact: in 2000, seven out of ten girls did not attend school. By 2016, this figure had fallen to two out of ten girls. The declining birth rate can also be seen in direct connection with the higher level of education of women. Since the 2000s, the working population has been growing faster than the total population, which is why per capita wealth is rising. Ethiopia is expected to reach the so-called demographic bonus in 2030, which has already enabled many countries to achieve more growth and prosperity. Nevertheless, the population is young: around 40% of Ethiopians are under the age of 15.

The Ethiopian government recognised early on the potential of the agricultural sector as the largest employer. Throughout the country, cultivation methods have been improved and the yields of small farmers have increased continuously. Grain yields have more than doubled in the past 20 years. Coffee export revenues have increased sixfold and Ethiopia has become one of the world's leading exporters of cut flowers.

In order to further promote this positive development, a reliable power supply is crucial. However, Ethiopia still has a long way to go when it comes to energy: in 2017, only 42.9 per cent2 of households in Ethiopia were connected to the public grid. In rural areas, around 90 per cent of people still live completely without electricity. The government is constantly expanding the national power grid.

More and more stand-alone energy systems and mini grids are also helping to ensure that more and more people in Ethiopia have access to electricity. At present, however, the majority of the population is still dependent on firewood to meet its energy needs – this is particularly bad for the forests, because deforestation and its consequences, such as soil erosion, pose a major problem.

"The majority of the population is dependent on firewood to meet its energy needs."

Ambitious plans for the future

Ethiopia has ambitious plans for sustainable climate development by 2025 and was the first developing country to submit its planned Intended Nationally Determined Contributions (INDCs) to the United Nations Framework Convention on Climate Change. Renewable energy is named as one of four pillars to reduce greenhouse gas emissions. In the climate strategy3, which is in line with the development plan4 , solar energy from photovoltaic systems in particular is expected to play a key role in supplying the rural population with electricity. The National Electrification Program (NEP) of 2017 also points in the same direction: for 5.7 million households, a grid-independent electricity supply is planned, which is to be primarily covered by solar energy.5

The majority of energy consumption in Ethiopia is still covered by firewood. The country still produces too little energy to meet the growing needs of the population. Ethiopian electricity, on the other hand, is sustainable: 96% is generated from hydropower and 4% from wind energy, with 11% being exported6. Solar energy currently plays only a minor role in Ethiopia. Its potential is far from exhausted.

The sun as growth potential

1Institute for Population and Development: From Land of Famine to Land of Hope: Will Ethiopia Become a Model for an African Upswing? September 2018